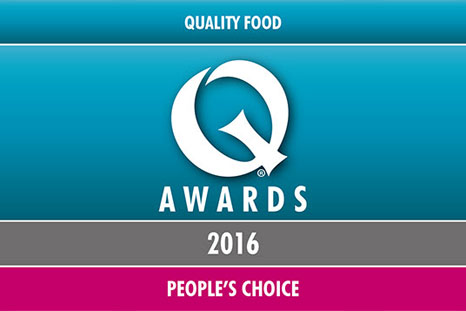 We’re excited to have been short-listed for the People’s Choice Quality Food Award 2016.

As a winner of a 2015 Quality Food Award, each of the entries were scrutinised by a panel of around 50 consumers before being awarded a nomination.

Our product was put to the test by those that matter, the consumers, who examined the packaging and price point as well as appearance, odour, flavour, texture and mouth-feel, and emerged from this process as one of the nominated few.

This nomination marks another Country Style success, after the 2015 accolades of the Quality Food Awards and Grocer Own Label Food and Drink Awards.

The winner of the People’s Choice award must exhibit a level of product excellence that goes above and beyond the remaining nominations, as well as an innovative quality.